Today I welcome contemporary romance author, Phillipa Fioretti to my blog. Welcome Phillipa – great to have you here! 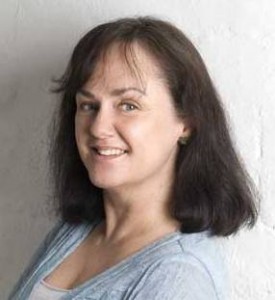 So, we’re all dying to know. Do you have a passion other than writing?

I am a passionate consumer of films. I love the darkened cinema, the journey into the story, the emergence into the street, two hours later, blinking and still lost in the story. I watch films at home most days and have become overly good at decoding them and long to be surprised. I have favourite actors that I could watch in anything, and favourite films that I watch every few years. I think Hollywood films are in a trough at the moment but there are always good independent films coming out, and I like cinema from all around the world, even those French films where not much is said for hours on end.

That sounds fantastic! How long have you been a passionate film buff?

My parents were great film goers so I guess I picked it up from them. I can remember going to see Bambi and Fantasia with my mother as a little girl in a cinema in George St, Sydney. My parents took my sister and I to see all sorts of things, Barry Lyndon, Cabaret, Z, films I didn’t understand but sat through spell bound. Then as a teenager my friends and I were always at the cinema. When I was a university student in Sydney I worked as an usherette at the State Theatre in Market St for several years. The Sydney Film Festival was held there then so I got to see a huge selection. Fortunately my husband loves films too, I could not marry a man who didn’t. Truly.

Being an usherette would be a fun job, I reckon. What is it about watching films that brings a sparkle to your eye?

Being told a story is a wonderful experience. I love the total immersion that film brings, I love to be made to think and other times I want to be entertained, but mostly I think its escapism. It works like losing yourself in a book. I’m not interested in movie star gossip, but the business of movie making is very interesting and I regularly listen to podcasts on the how, why and where films are made.

Do you have a funny story about something that’s happened to you while watching a movie?

Watching films is a very sedentary pastime. Your brain and emotions are working overtime, but your body is having time out and you are in darkness surrounded by strangers so not a lot of scope for funny stories.

One thing I cannot handle is crunching or slurping or talking in a cinema. Now, because I was an usherette for so long I know cinemas make most of their money from the candy bar, but I personally do not see why people have to eat when they watch a movie. It drives me insane.

My worst experience of it was in a tedious film called Love Streams with John Cassavetes and Gena Rowlands, not easy stuff by any means. The cinema was full and the woman next to me had brought a huge bag of Twisties with her and she chomped away until she realised the noise was upsetting me and somebody else, so she ate them one at a time, slowly rustling the bag, bringing one out and placing it surreptitiously in her mouth and half sucking, half crunching the wretched things. It took her two hours to eat the whole bag and I was a nervous wreck at the end of it. I wanted to beg her to just eat the damn things in one noisy splurge instead of tormenting me. I don’t eat in cinemas and I tried to discourage my children, but peer pressure is stronger than Mum’s lecture about being considerate.

The Twistie eater sounds like torture! Can you share a photo of you indulging in your passion? 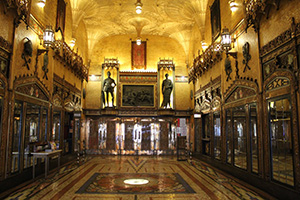 No! No cameras allowed in a cinema. But I’m sharing a photo of one of the fabulous entrance to the State Theatre, my old workplace. It’s one of the last palace of dreams left. Megaplexes are a dreary experience in comparison.

That is an amazing theatre. They certainly don’t make them like that anymore… Finally, please tell us a little about yourself.

I studied art, archaeology and museum studies and worked as an artist and lecturer for twenty years before starting to write fiction in 2006. In 2008 I was selected for participation in the Hachette Australia/Queensland Writers Centre Manuscript Development Program.

My first book, romantic adventure, The Book of Love, Hachette Australia, 2010, has also been published in Germany, Romania, Norway, Poland, Serbia and Montenegro and the sequel, The Fragment of Dreams was published in May 2011 and is to be published in Romania. (Romania – how cool is that?!)

My third book, For One Night Only, is published by Pan MacMillan’s digital press, Momentum, January 2014

I live at the bottom of the world – in the hills outside Adelaide, South Australia – with my husband and children and an assortment of animals domestic, wild and feral. I like cooking, reading in bed and travelling.

My books are available on Amazon, iTunes and all ebook platforms, my website is www.phillipafioretti.com.au    and on it you can find book reviews, interviews with me, links to social media and lots of other goodies.

Thanks so much for being my guest today, Phillipa. If I ever sit next to you in a movie theatre, I’ll remember not to crunch 🙂