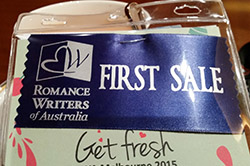 Rather than setting calendar year goals for my writing, I set them after conference each year, so Aug – Aug. I started this because each conference I tend to be blindsided by an epiphany, or gain new knowledge of the market, or learn something that may change my goals.

This year was my 5th RWA conference, and I wanted to look back at how far I’ve come so far. I think it’s worth doing that frequently – we tend to trudge along in pursuit of goals, but rarely acknowledge our progress.

2011 – Melbourne. My 1st conference. I think I’d written about 30,000 words – as the start of 3 different manuscripts but couldn’t get any further. I had started a children’s book, and a couple of category romances. I learnt so much that conference, but the thing that still sticks out was Bob Mayer saying  ‘If you died right now, would the book that you’re writing now be the one that you’d want to be known for?’ (roughly paraphrased!) That convinced me to start writing my women’s fiction, Sisters. Seeing people get their 1st sale ribbon, and being one of the few sitting down at Anne Gracie’s “stand-ups” gave me the fire that I wanted that – I wanted the 1st sale ribbon, and I wanted to have a manuscript complete by the following conference.

2012 – Gold Coast. I finished writing the 1st draft of my 1st manuscript in July 2012, just in time for the conference! My main epiphany that year was Alexandra Sokoloff’s advice on structuring your novel, which I still base my manuscripts around. Finally I could stand up in the “stand-ups” because I’d finished a manuscript. Goal #1 tick 🙂

2013 – Fremantle. In late 2012, I finally decided on my pen name, and Kerrie Paterson was born 🙂 Sisters made it through to the 2nd round of the Emerald in early 2013, and while it didn’t make it through to the 3rd round, it came 6th in round 2, which gave me the confidence to begin submitting to agents. And receive my 1st rejections 🙂 I began to write a 2nd women’s fiction, Elsie’s Place. At the Freo conference, I pitched for the first time (with Sisters) – a major step.

2014 – Sydney. In early 2014, Elsie’s Place came 2nd in the Ripping Start competition – Goal #2 – to final in a writing competition – tick 🙂 I received a request for a full from an agent, but heard nothing back, so turned my attention to submitting to publishers. I began a new romantic suspense novella, Polly’s Patisserie. At conference in 2014, I took as many business related workshops as craft ones and began to research self-publishing.

2015 – Melbourne. In late 2014, I decided to take time off from writing. I had a lot of stress in my personal life and I’d lost the love of writing. The 6 weeks I took off was the best thing I could have done. I started 2015 with fresh goals, a business plan and renewed enthusiasm. I wrote a Little Gems story which made it into the anthology – Goal #3 – to have a short story published – tick! I self-published my “missed it by that much” Little Gems short story (Moonstone Cottage), wrote a small-town / rural romance novella (Letting Go) and self-published it. Goal #4 – self-publish a novella – tick! Polly’s Patisserie finalled in the Emerald – Goal #5 – final in the Emerald – tick! I wrote a new novella to be self-published in November. After 5 years of coveting a 1st Sale ribbon, I was finally able to stand up and be presented with it at this year’s conference!! Goal #6 – 1st Sale Ribbon – tick! I pitched Elsie’s Place to 3 different publishers at conference and received requests for fulls from all of them. I took a mixture of business and craft related workshops again.

My apprenticeship has been slow, but this last year things have really started to come together. I’ve set my goals for the next 12 months and the next 5 years – it will be very interesting to see how it all pans out! Thanks for being there with me 🙂 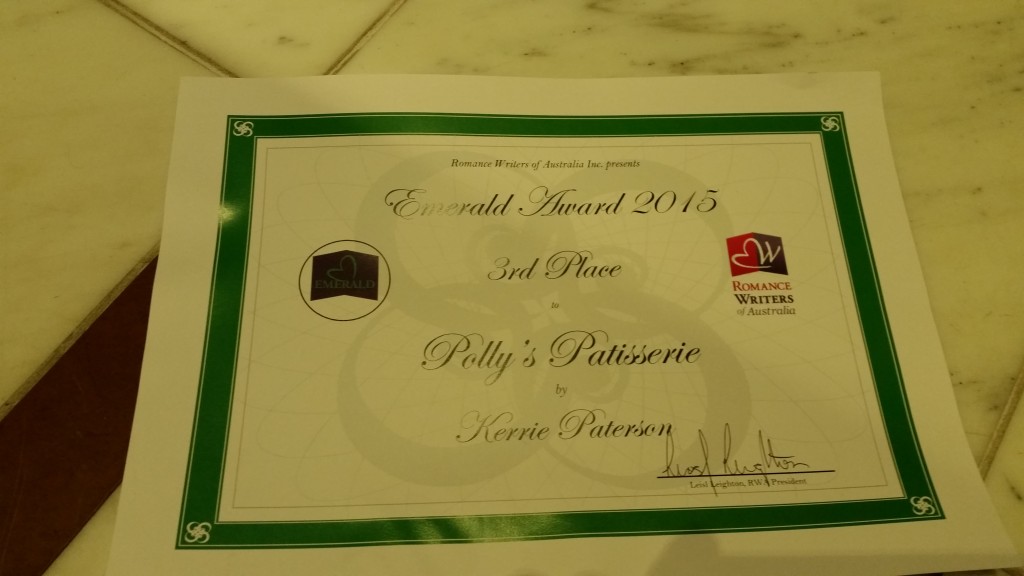 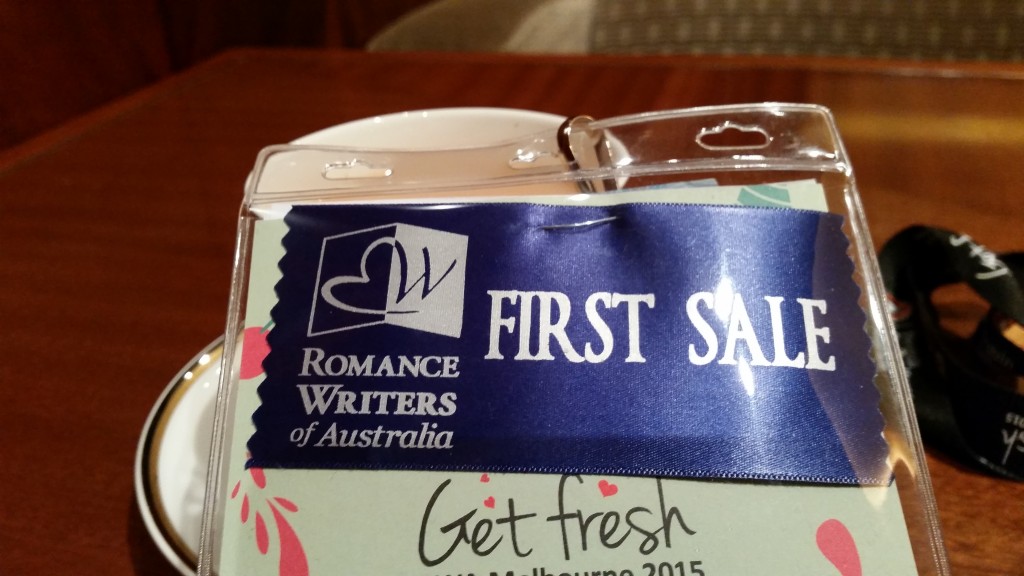 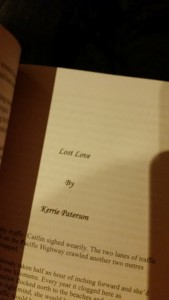 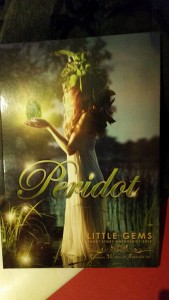