Return to Jacaranda Avenue is out! 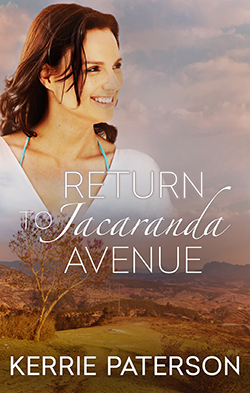 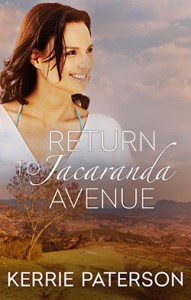 Almost a week ago, Return to Jacaranda Avenue launched into the wide world. I’ve been reflecting on some of the differences between launching a self-published book like my previous ones, and this one through a publisher.

I have to admit, I’m more nervous with this one than I have been for some of the others. This is my first book released through a publisher (the wonderful Escape Publishing) so I feel like there’s a higher expectation on it to succeed. I feel like if it fails, I’ll be letting other people down, not just myself. All indications so far though (touch wood) seem to be positive!

Also it will probably reach a larger and more diverse audience. One of the great things about going with a publisher is that they have access to reviewers and book bloggers that I don’t as an indie-publisher. It went out to reviewers as an advanced reader copy (ARC) before publication and I know for many of the reviewers, it has been their first time reading one of my books. (Hopefully it won’t be the last!!) Some of them even live overseas and since my books are unashamedly Australian in content and setting, I wonder how they’ll react to it.

Indie-publishing via Amazon, I can see basically up-to-the-minute sales figures. Since this one is through a publisher, I have no accurate way of knowing how my sales are going. Not that I can really do much about it anyway, but it’s a weird feeling! I won’t know until I get my first quarterly royalties statement sometime later in the year. All I can do is get a rough indication of Amazon sales based on its sales ranking and comparing it to my other titles where I do know how many copies have sold!

And boy it’s a thrill to search my name on sites like Booktopia and have my book come up! Not quite the same as seeing it on a physical shelf, but a pretty good second 🙂 So far it’s been a fun ride and I’m enjoying being a hybrid author.

For those who have read Return to Jacaranda Avenue, I’m actually half-way through writing the next book based in Jacaranda Avenue. This one is Toria’s story and it’s finally flowing well. I love this community so much and it feels so real to me that it would be a shame to only write one book about them!!