What a journey for Elsie’s Place! 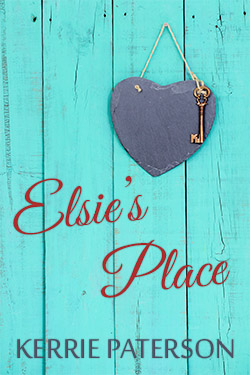 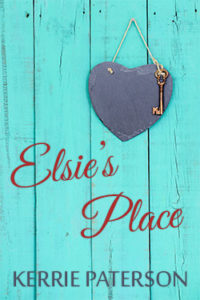 It’s been a long journey for this book. I began writing it back in Jan 2013. It had a different name and a different storyline, but the same central character, Pat. A couple of months later, it had taken the basic skeleton of how it ended up. Twelve months of writing and re-writing later, and with lots of feedback from various people, it was finished. I entered it in a couple of RWA contests and came 2nd in the Ripping Start and 6th in the 2nd round of the Emerald. I subbed to agents and got a request for a full from one, but that, unfortunately, was the last I heard from said agent. I then subbed it to several of the major traditional publishers with no response.

I pitched it at conference in 2015 to several publishers and received requests which I sent off. And waited… A couple of “lovely story but not quite right for us / no room in our stable” and a nibble from another publisher to keep me waiting some more…

Eventually, I decided to self-publish and did another round of editing. Life took a detour and put my writing plans on hold for a while, but here it finally is. Even though it’s not in the physical bookstores liked I’d hoped it would be, I still love this story and I hope you do too!

A Grand Design style renovation – with a literal skeleton in the closet.

On leave following a distressing incident at her school, Pat throws herself into restoring the house with the help of new friends – architect Susan, whose longing for a child threatens her marriage, and Lauren, a single mum stubbornly sacrificing her dreams of self-employment for the security of a nine-to-five job. Attraction flares between Pat and Andy, the historic restoration expert she hires.

While menacing phone calls and destructive break-ins threaten to derail the restoration project, a shocking discovery causes repercussions no-one could have foreseen.

Caught between the needs of her mother ravaged by dementia and the demands of her adult children, Pat must learn to put herself first to salvage both her new life and her new love.

You can buy now from your favourite ebook retailer.