Does your brain explode if you learn too much? 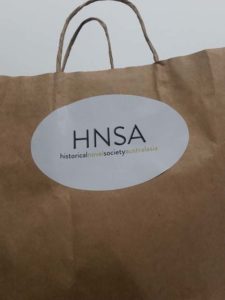 I feel like I’ve learned so much new information over the last few months, my brain is in danger of exploding!

On the writing front, I’ve expanded my knowledge down a couple of different paths.

While I was in Melbourne in September, I went along to the Historical Novel Society Australia second ever conference. While it was completely different to an RWA conference, consisting mostly of panels rather than workshops, I enjoyed it. I learnt quite a lot – both about history in general and writing historical novels, I caught up with with a few author friends, in particular my friend Deborah Challinor, met new authors, and discovered many books and authors that I want to read. That’s never a bad thing – although my bank balance may disagree!

I think they hold their conferences every second year, so I’ll be interested in heading along to the next one in 2019. Maybe by then I’ll have been brave enough to write one of the Aussie historicals lurking in my head!

And on a completely different writing tangent, I have just finished a 5 week Magazine and Newspaper Writing Stage 1 course online through the Australian Writers’ Centre. I’m still feeling overwhelmed by all of the new information – who to pitch to, how to find case studies, how to slant your article so it’s relevant – but it’s an area I’d like to pursue as a sideline to my fiction writing. Once again, I just need to be brave enough to give it a go!

Outside of writing, I’ve started an admin job in the building industry. So many new terms to learn – I’ve been flummoxed a few times by terms like tiger tails, drummy tiles and peg-outs! The first few weeks in particular were hard – learning new names, new processes, new systems. I’m getting the hang of it now – I don’t feel like I’m floundering quite so much. And I have an array of new terminology to pull out at the next dinner party 🙂

What new things have you learned lately?