Making Memories is out! 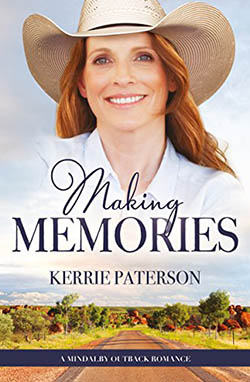 Book 6 in the Mindalby Outback Romance Series, Making Memories, has now been out for a week! Yay! You can read a sample and find Buy Links at the Harper Collins site – https://www.harpercollins.com.au/9781489263650/making-memories/

I wanted to share a little of the inspiration behind the characters and plot.

Callie started out life in my head, and for part of the first draft, as a scientist – but once I started to write her and look into what scientists would be working at the cotton mill, she wasn’t quite gelling. So I thought about what else she could be – I wanted her to be a professional, in a position that would be hard to find work locally afterwards. Information Technology seemed a logical solution.

Callie is elegant and classy, and always looks good no matter whether she’s in old jeans and t-shirt, or dressed up for a dinner out at the Ace in the Hole hotel. She’s capable and logical, and is happy in her own company (alongside her cat, Minerva!). Since she came back from uni, she’s worked at Mindalby Cotton, slowly rising up through the ranks to be head of IT. And now at fifty, she’s not quite sure what to do next when her job security is ripped away.

This was my visual inspiration for Callie, although I adore the model used on the cover! 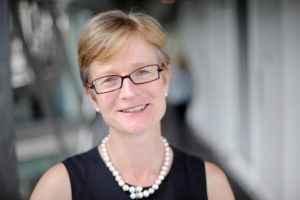 Nathan is also fifty, a builder with his own construction company and several employees. But he has an artistic side as well – as a sculptor – that he’s suppressed recently. (I love a man who is good with his hands!)

He’s got two grown-up daughters who live away and an ex-wife who he’s glad to be rid of. In the time since his ex left, he’s been a bit of a love em and leave em type guy – trying to prove to himself that he’s still desirable but not wanting to risk being hurt again.

It was such a hardship to stare at this photo of the model I used as my inspiration for Nathan! It’s a tough job sometimes 🙂 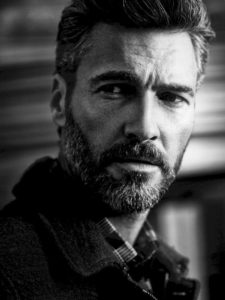 It was fun to come up with some memories for Callie and Nathan to share since they’d been friends since school. Some are entirely fictional, but some have elements of my own life, or my friend’s lives. I think it’s impossible (for me, at least!) to write a book without having pieces of myself creep in.

They’re a sweet couple and even though it’s taken them many years, I’m happy they’ve finally got their HEA!

If you’re interested, you can check out more of my visual inspiration (and more photos of my hunky hero!) at my Pinterest board.

My characters weren’t the only things that changed as the story developed.

Making Memories had a working title of Bound Together but when the series was submitted to Escape, the marketing experts decided it was too close to the name of one of the other books. So they both changed 🙂 And once I thought about it later, Bound Together probably sounds like it’s in a slightly different genre than I write! No handcuffs and whips in my books!

In fact I’m not sure if many of the series kept their original names! We were all asked to brainstorm and submit suggestion for alternate titles. I can’t find my list now and I can’t remember what they were. I think it was Escape who came up with Making Memories in the end, but it’s grown on me and I do like it now.

And I think all the titles in the series work well together.

I will be putting a newsletter sometime next week where I talk more about the trials and tribulations of writing this book as a group venture, and also including a deleted scene. If you’d like to subscribe, fill in the form below. I only send them out when I have something to say – you won’t be bombarded – and you can unsubscribe at any time.

Have a great week!